THREE CONSTRUCTION companies have been fined after the director of one of the firms received serious injuries after falling 11 metres when a gust of wind blew him off a roof. 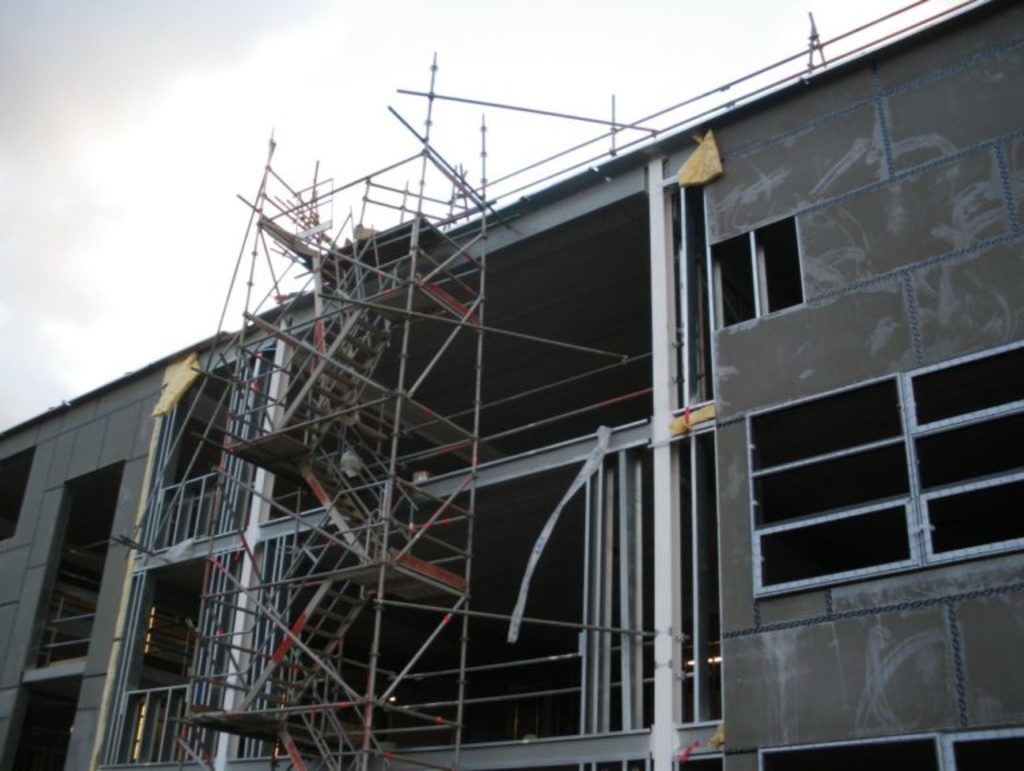 The three firms, Bowmer and Kirkland Ltd, Advance Roofing Ltd and JKW Roofing were working on the roof of the new three storey teaching block of Abbotsfield School for Boys in Hillingdon.

Westminster Magistrates’ Court heard how on 23rd February 2017 Storm Doris was moving across the UK bringing gusts of wind up to 94 mph. Because of the winds there were numerous warnings on site and many activities had been suspended. The roof works continued however, until the early afternoon when a gust of wind blew JKW Roofing company director John Whitham, 52,  off the roof, along with freestanding A-frame barriers and stacks of insulation. Mr Whitham sustained severe injuries to his pelvis, vertebrae and tibia, from which he continues to suffer.

An investigation by the Health and Safety Executive (HSE) found all three contractors had failed to ensure that a suitable and sufficient system to assess the effects of high wind when working at height was being followed. The companies had taken an informal approach to assessing weather conditions which was not in line with industry standards.

Bowmer and Kirkland Limited, of High Edge Court Street, Belper, Derbyshire, pleaded guilty to breaching Regulation 4(3) of the Work at Height Regulations 2005 and were fined £350,000 and ordered to pay £6,190.28 in costs.

Advanced Roofing Limited, of Littlewell Lane, Stanton-By-Dale, Derbyshire,  pleaded guilty to breaching Regulation 4(3) of the Work at Height Regulations 2005 and were fined £29,300 and ordered to pay £6,187.88 in costs.

Speaking after the hearing, HSE inspector Gabriella Dimitrov said, “Those in control of work have a responsibility to devise safe methods of working and to provide the necessary information, instruction and training to the workers in the safe system of working. If a suitable safe system of work had been in place prior to the incident, the life changing injuries sustained by Mr Whitham could have been prevented.”