Safety first when working at heights

PEOPLE WORKING within the Scottish agricultural industry are urged to follow strict procedures when working at heights to avoid death and injuries. 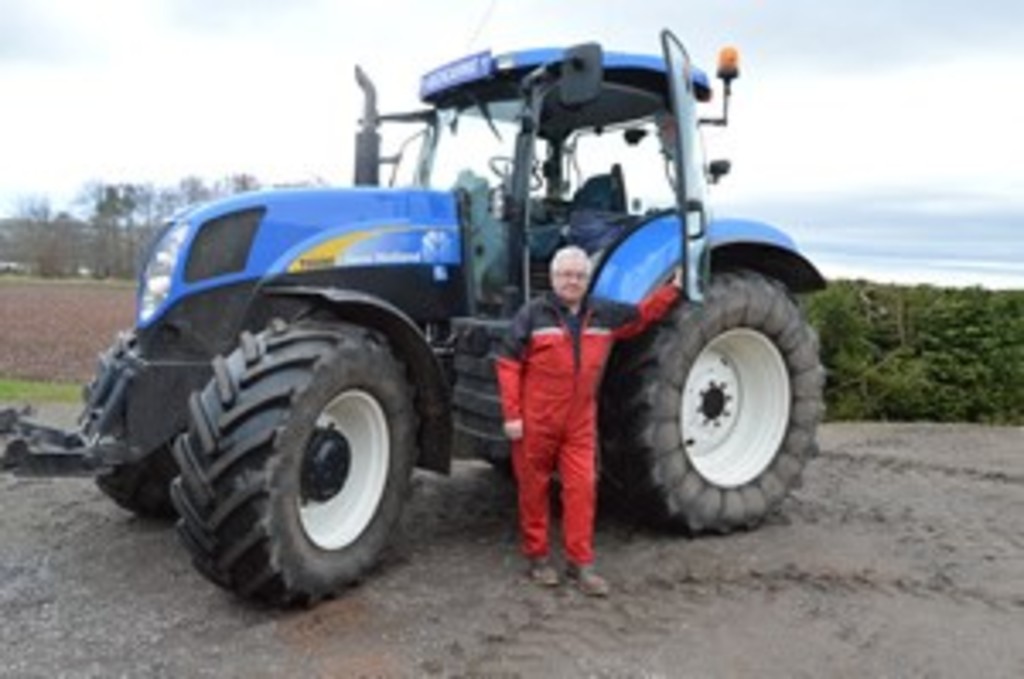 Falls from height are the second highest cause of death in agriculture. Every year at least eight people die across Great Britain with many others suffering severe injuries as a result of a fall from height. Falls often happen from roofs, lofts, ladders, vehicles, bale stacks, and unsuitable access equipment, such as buckets. These accidents and injuries cause you pain and cost your farm time and money.

This winter, Farm Safety Partnership Scotland is laying out measures to follow for safe working practices at heights, whether that is on roofs, stacking or loading bales, ladders or when using forklifts, for example. This includes:

FSPS, which consists of key industry stakeholders, will be focussing on different types of farming activities each quarter to deliver key messages and encourage those working and living on Scotland’s farms and crofts to take action.

Even the most safety conscious farmers can experience the effects of a serious injury as we learn from Ian Argo, an arable farmer at Auchcairnie Farm, Laurencekirk. A dislocated knee cap and severed tendons were the unexpected consequence of coming out of a tractor the wrong way and falling.

Like many farm accidents, it was a routine task that Ian had done many times. For years he had been climbing out of the tractor ‘the wrong way’, effectively front facing. However, on 12 September 2013, for a reason unknown to him, he fell.

Ian found himself lying on the ground after getting out to fill up the tractor with diesel at the end of the working day whilst working for a neighbour. Ian, who farms in partnership with his son Steven, wife Alison and mother Edith, commented: “I got out of the tractor, effectively the wrong way [front facing] and the next thing I know I was lying on the ground. I’m not sure whether I slipped or tripped, it happened so fast and I can just remember lying on the ground.

“At the time I was working alone and I tried to get up but couldn’t get my left leg to work. There was no blood and I wasn’t feeling any pain at that point, but I could see that my knee cap had moved significantly up my leg.

“I then tried to phone someone, however I soon realised that my phone was in the tractor cab and there was no way I could reach it.

“The diesel tank was around 50 yards from the house, and I could hear voices coming from there, so shouted. Thankfully there was someone nearby that could hear me otherwise I would have been in bigger trouble

“It was clear the knee cap and tendons had parted company. I ended being in hospital for around four days before I had an operation.  Overall, I spent just over a week in hospital and following that I had my leg in a brace frame for three months, attending hospital every couple of weeks to have it adjusted.

“I couldn’t drive for a number of months and I had to change my car to an automatic to make it easier.

“I was off work for six months but managed to get back in time for the spring work starting. We had to get someone into help my son Steven with the potato lifting, but thankfully they weren’t required over the winter months. I’d underwent a few months of physiotherapy which has helped in the range of movement I now have in my leg.”

The accident has made Ian more aware of coming out of tractors the correct way, and he says that he hopes it has been a learning curve for his son of how accidents can happen so easily.

Ian added, “I want to highlight the impact an accident like this can have on your family and your business. We’re much more conscious of safety all the while on the farm now and it’s made me slow down and think about every process.”

This case reinforces that fact that farm workers of any age run the risk of injury or death from falls. Falls constitute one of the most common farm accidents, accounting for 23 fatal accidents in the last five years.