SKIP MAN given a suspended 6-month prison sentence for dumping construction and demolition waste on land at Easton on the Hill. 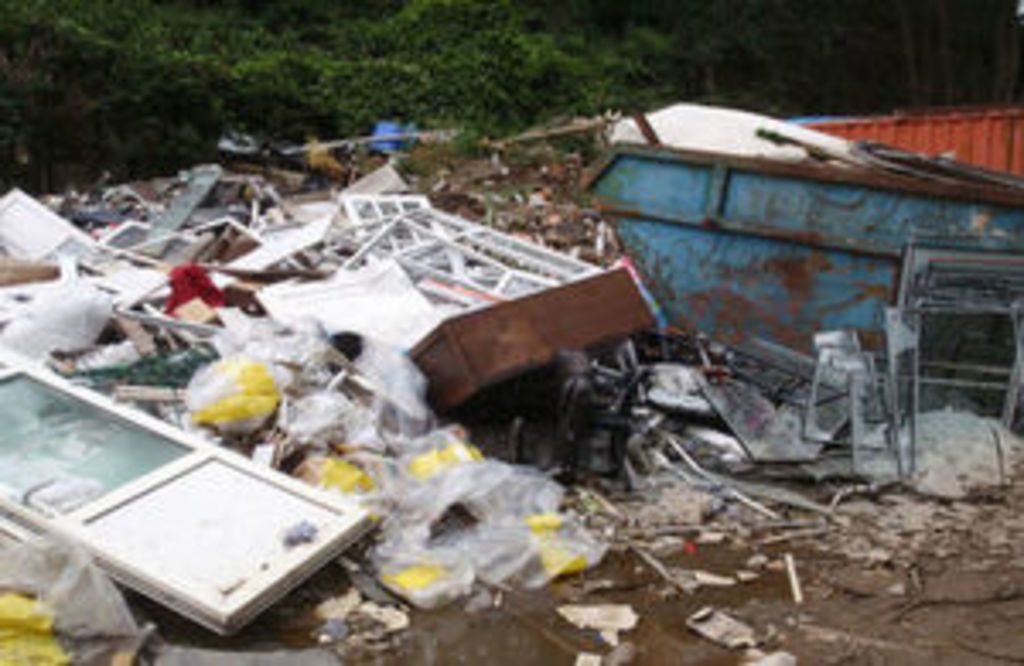 A 66-year-old man who hired out and collected skips has been handed a prison sentence of six months, suspended for two years, for carrying out illegal waste operations at a site in Fineshade, Corby.

Stephen Lack of Monkton Sidings, Corby, was successfully prosecuted by the Environment Agency in a case heard at Northampton Crown Court on Wednesday 24 April 2019.

Lack pleaded guilty to three charges of operating without an environmental permit for the deposit, storage, treatment and disposal of waste; depositing construction and demolition waste on land at Cliffe Road, Easton on the Hill; and for failing to complete a waste transfer note for the transport of controlled waste.

Trading under the name of Abbey Skips, Lack already had a previous conviction for similar offending at the Monkton Sidings, Fineshade site in Corby.

The site had previously been a permitted waste transfer station, but following persistent non-compliance on the site, including burning waste, the permit was revoked in 2012.

After new complaints in 2017, officers attending the site saw large volumes of waste including broken corrugated asbestos and burning waste, which gave off noxious fumes and a bad odour.

On other visits to the site, officers also found hazardous waste including cement-bonded asbestos on an area that had no sealed drainage.

Anyone transporting waste as part of their business, whether it’s their waste or someone else’s, has to register for a Waste Carriers Licence. Any site that is used to store waste needs to be permitted, and would need to meet requirements such as sealed drainage, and limits on amount and type of waste.

Sentencing Mr Lack, Her Honour Judge Lucking QC said that he had committed, "Prolonged, blatant breaches of regulations designed to protect the environment."

She imposed a six-month prison sentence, suspended for two years. She ordered Mr Lack to pay £9,185 towards the costs of the Environment Agency and a victim surcharge of £115.

Speaking after the case, Paul Salter, Senior Environmental Crime Officer at the Environment Agency, said, "Waste crime is a serious offence with tough penalties as it can damage the environment, blight local communities and undermine those who operate legally.

"This case sends out a clear message that we will not hesitate to take action to ensure the protection of the environment and avoid harm to health. Businesses can support us with this by carrying out their Duty of Care and Due Diligence checks to ensure that they are using legitimate companies to deal with their waste.

"Mr Lack made a lot of money by avoiding disposal taxes and put those who attended the nearby Fineshade woods at risk by burning noxious materials.

"Burning waste is illegal and poses a serious risk to the environment and human health. The motive is nearly always financial as it reduces the amount of waste a company has to legally dispose of."