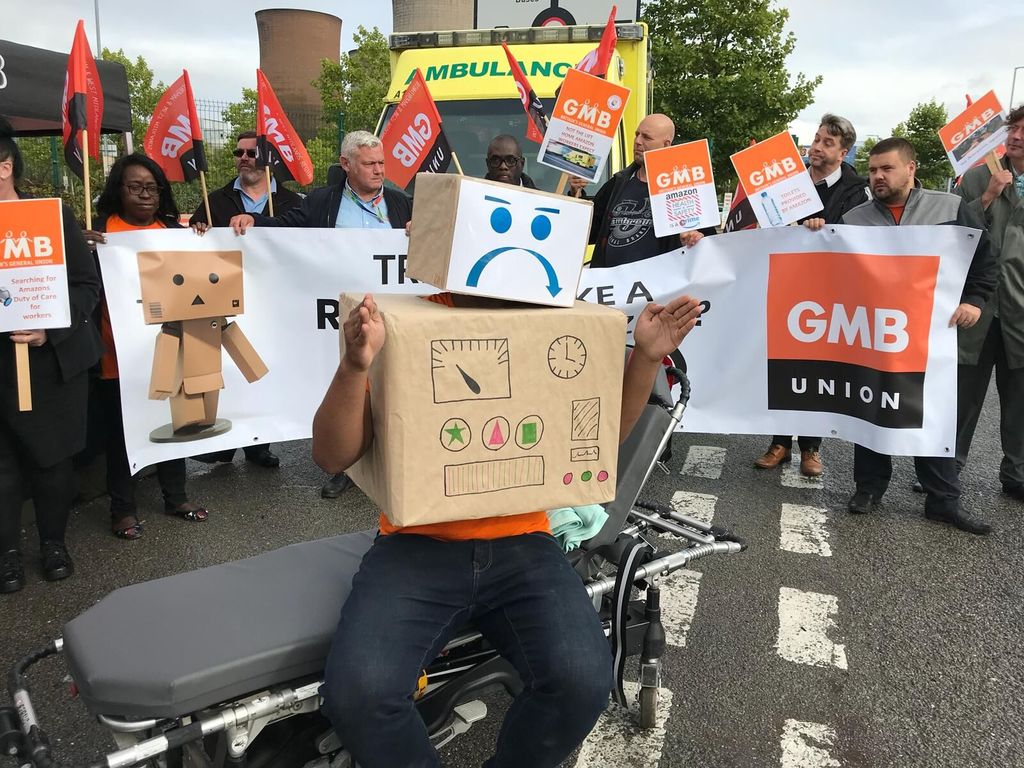 GMB, the union for Amazon workers, is staging Black Friday protests across the UK in anger at the 'inhuman conditions' people work under at the company's warehouses.

Hundreds are expected to demonstrate at five Amazon warehouses across the country on 23 November as follows:

Amazon workers in Italy and Spain take action on the same day.

An investigation by GMB earlier this year revealed ambulances were called out to Amazon warehouses 600 times during the past three financial years. [1]

Separate figures unearthed by GMB revealed a total of 602 reports have been made from Amazon warehouses to the Health and Safety Executive (HSE). [2]

Meanwhile GMB members working in Amazon warehouses report working in constant agony, not having time to go to the toilet and a heavily pregnant woman being forced to work standing. [3]

GMB general secretary Tim Roache said, “The conditions our members at Amazon are working under are frankly inhuman. They are breaking bones, being knocked unconscious and being taken away in ambulances.

“We're standing up and saying enough is enough, these are people making Amazon its money. People with kids, homes, bills to pay - they're not robots.

“Jeff Bezos is the richest bloke on the planet; he can afford to sort this out.  You'd think making the workplace safer so people aren't carted out of the warehouse in an ambulance is in everyone’s interest, but Amazon seemingly have no will to get round the table with us as the union representing hundreds of their staff.

“Working people and the communities Amazon operates in deserve better than this. That's what we're campaigning for."