A MANUFACTURING company has been fined after an employee’s arm was dragged into a press roller. 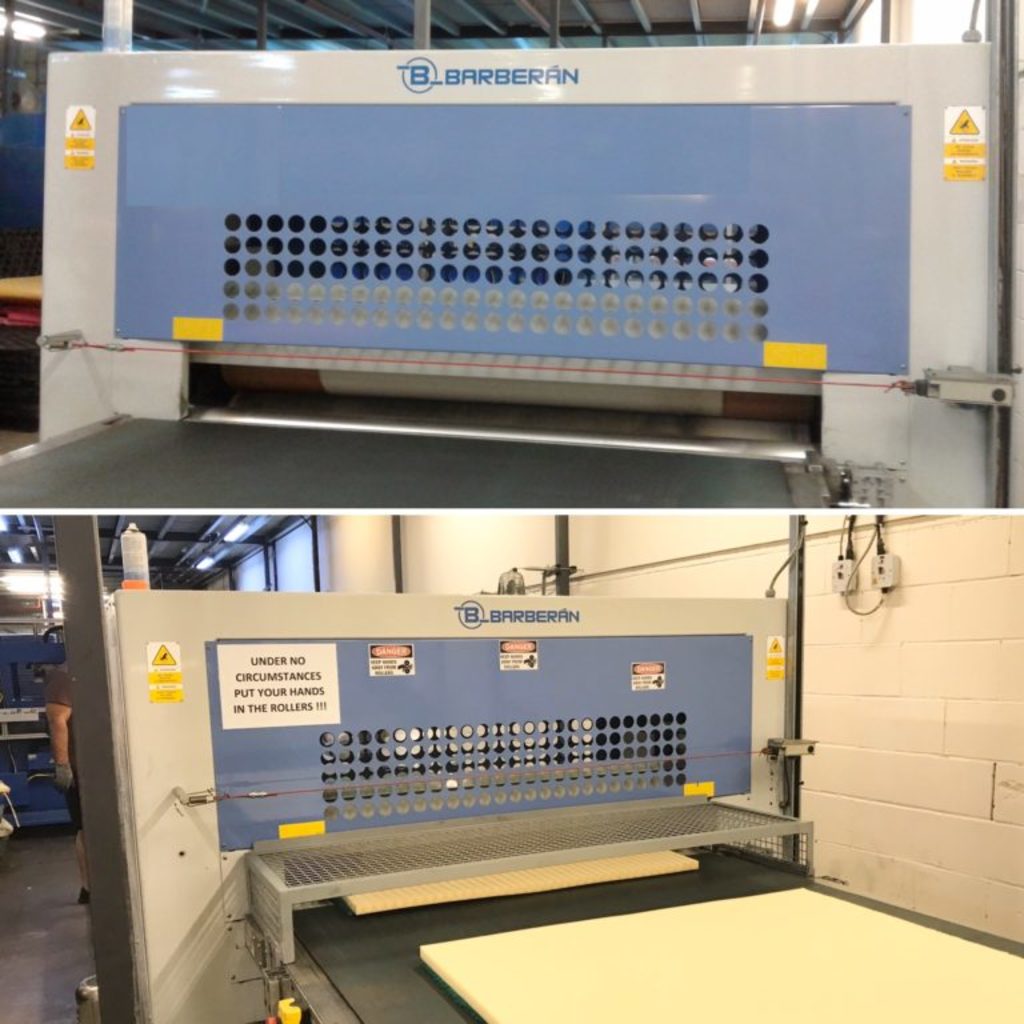 Chelmsford Magistrates’ Court heard that on 19 June 2019, an agency worker at E.G.L. Homecare Limited suffered a severe crush injury to his arm as he attempted to remove dirt from a press roller at the address on Campfield Road, Shoeburyness. He was working on a production line that glued sponge to abrasive sheets to make scourer sponges. His job was to remove the sheets of scourer sponges from the conveyor onto a pallet when his right hand got dragged into the nip point of two in-running rollers up to his shoulder. He was diagnosed with forearm compartment syndrome, a painful condition caused by bleeding or swelling within an enclosed bundle of muscles. He had an operation on his arm and had to stay in hospital for six days.

An investigation by the Health and Safety Executive (HSE) found that the company failed to provide a tunnel guard on the press roller to prevent access to the rollers.

E.G.L. Homecare Limited of Campfield Road, Shoeburyness has pleaded guilty of Regulation 11(1) of the Provision and Use of Work Equipment Regulations 1998. The company has been fined £80,000 and ordered to pay costs of £5,314.08.

Speaking after the case, HSE inspector Carla Barron, said, “This incident could have been avoided had the company properly assessed the guarding arrangements on the machine when it was installed. Unfortunately access to in-running rollers is a common cause of injury but it can be easily avoided by providing effective control measures such as the provision of tunnel guards.”